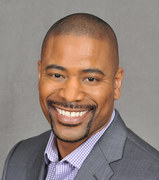 Leadership and training are at the core of who Dr. Pogue is and the work he does. Beginning with his military service and overseas deployment he learned the critical importance of leadership, ‘fellowship’ and training for the benefit of both himself and his teams. After spending nearly 10 years in Higher Education as a Researcher, Professor and Administrator focusing on issues of Diversity and Inclusion, Dr. Pogue expanded his work to include Multi-Generational Leadership, with the goal of helping companies and colleges prepare, recruit and retain Millennials and now Generation Z. James has recently partnered with The Women’s Foodservice Forum to develop Next Generation Connectors; series of programs designed to attract, engage, develop and retain talent in the workplace. James gave a featured keynote where he spoke to various Chambers in Dallas on Courage and Leadership. He led the discussion of a panel of experts on the nature and needs of Generation Z during the Tom Joyner Morning Show Family reunion, sponsored by Allstate. He has also worked with attendees of the Steve Harvey Mentoring Program. He has worked with numerous colleges, The Association for Healthcare Volunteer Resource Professionals (AHVRP), the UNCF, GEARUP, and is a past member of the Board of Directors for the Broome County Urban League in New York, where he served as Board Chairperson.