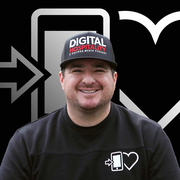 Since opening Cali BBQ in 2008, his family-run restaurant and media company in San Diego has generated more than $30 million in sales.

As a restaurateur who opened during the Great Recession of 2008, Shawn Walchef learned to use digital tools and big ideas to stay in business. During the Pandemic, Shawn and his Cali BBQ Media team developed a scalable plan that is three times more profitable than the traditional full-service restaurant model.

He also hosts two weekly video podcast series: Digital Hospitality and Restaurant Influencers. Podcasts are just one part of his burgeoning media empire, which also includes content creation, consulting, and more digital services to help others with their smartphone storytelling.

The business owner wants to guide others to the right digital tools and social media strategies that will unlock endless opportunities for them and their brands.