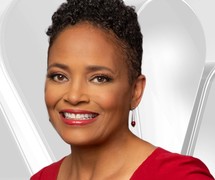 LeeAnn Trotter is a feature reporter covering Arts and Culture and events happening around the Chicago area. She's also a regular contributor to NBC 5’s "Making a Difference" segments.

The Chicago native joined NBC 5 in December 2005 after working at CLTV for eight years. There, she anchored the weekend news and hosted the award-winning entertainment show, "Metromix: The TV Show," which earned her a local Emmy and several nominations for Best On Camera Performance.

Prior to working at CLTV, she was the News and Public Affairs Director at WUSN-FM, where she reported news on the morning show and hosted, "Chicago Up Close," a weekly public affairs show. She also worked briefly at Fox News and WGN Radio. LeeAnn began her broadcasting career at WBBM Newsradio 780, where she held numerous positions, including production manager and traffic reporter.

LeeAnn graduated from the University of Illinois at Champaign with a degree in Broadcast Journalism, and attended high school at the Latin School of Chicago.